Posted on November 7, 2013 by NowJournal.Com

The spirit of the legendary nightclub AREA, whose attendees represented a veritable who’s who of New York City’s art scene in the 1980’s was well represented at the opening reception of an exhibition of artwork at The Hole and culminating in an after party nearby at The Bowery Hotel this past Tuesday. The exhibition, in conjunction with the release of the 387 page AREA book from Abrams Publishing seeks to recapture the vision of the original club that every 6 weeks would transform the club’s original location at 157 Hudson Street according to a certain theme such as “suburbia,” “natural history,” “gnarly” and more. 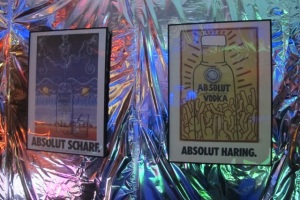 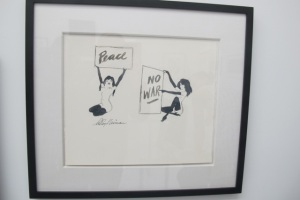 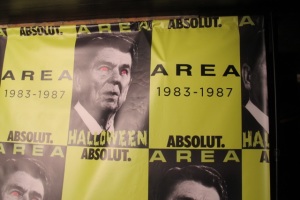 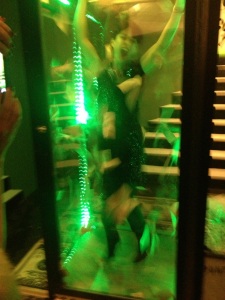 At the after party at The Bowery Hotel the festivities showed no sign of letting up where AREA-inspired performances and installations abounded as well. Arguably the most enjoyable aspect of the entire event however was the broad range of age groups represented, ranging from veterans of the 80’s nightclub scene to younger and middle aged newcomers all co-mingling and having a good time. Such a changeover from the typically youth dominated nightlife scene in New York is welcomed. As the night wound down I was left to wonder why a venue resurrecting the creative energy and all around excitement of AREA in its original inception does not find a permanent home downtown. 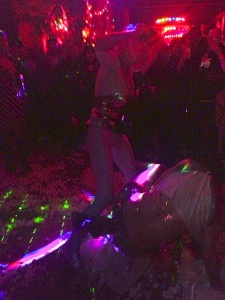 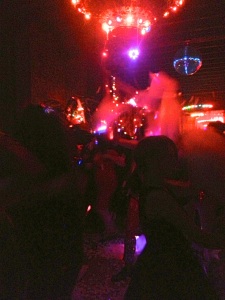